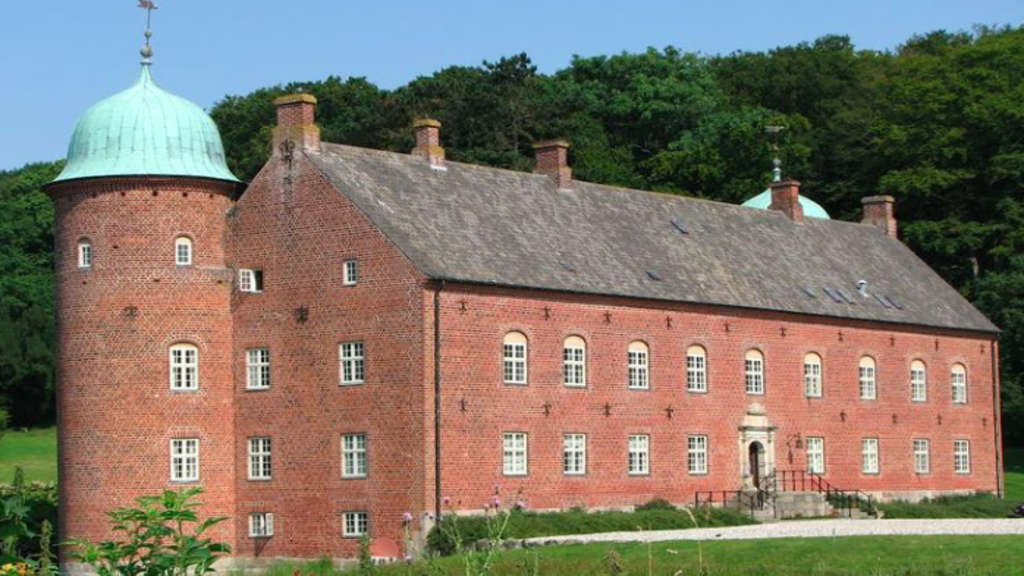 In front of the coastal slopes, in the low meadowland towards Vejle Fjord a few hundred meters from the sea, Karen Gyldenstjerne built her manor Rosenvold in 1585.

Holger Rosenkrantz had formerly established Rosenvold as a farm in 1570, where he bought the lands of the former robber castle, Stagesevold.

The castle ruin can still be seen in the woods northeast of Rosenvold, and was presumably demolished by Queen Margrethe d. I, in the last part of the 1300’s.

In 1621, Rosenvold was sold to Ellen Marsvin of Holckenhavn, who was Christian IV’s mother in law.

I 1630, Ellen Marsvin was ordered by the king to pass Rosenvold on to her daughter, Kirsten Munk and she was expelled from court as she had denied the king to enter her chambers. In 1660, the heirs of Kirsten Munk had to sell Rosenvold to Henrik Rantzau.

Rosenvold is privately owned and not open to the public.