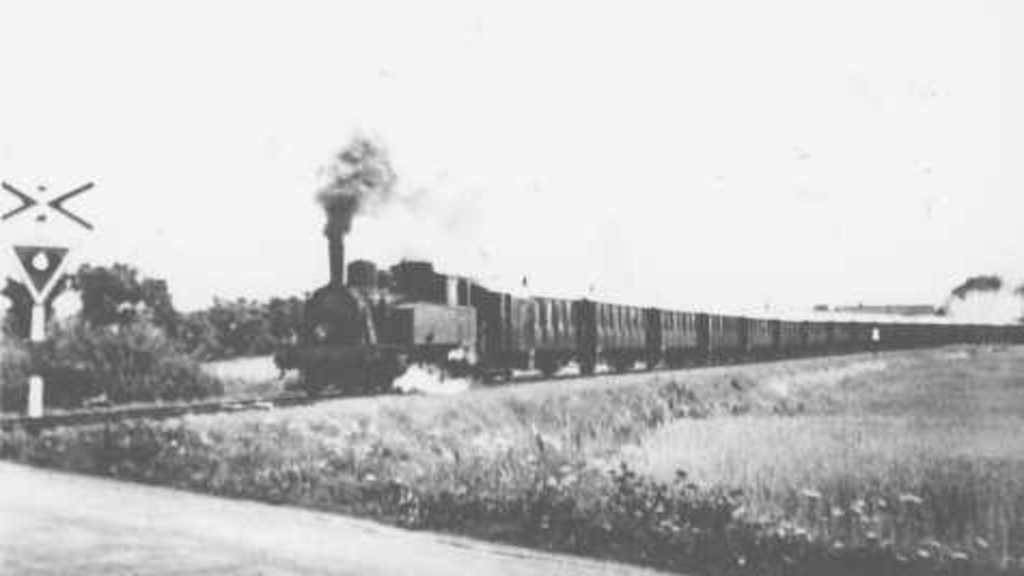 When the Juelsminde railway track came to Bjerre Shire in 1884, it was an event to be on the train for the first time.
One autumn day an old spinner from Breth Surmose came and had to board the train at Gramrode. When he saw how nice and tidy it was inside he took off his old muddy boots and went inside on stockinged feet.

As the train arrived in Horsens the conductor opened the door but the spinner went to the door on the opposite side and wanted to get off there. “It is this way out” the conductor said. “No not for me, I have to get out on this side as my boots are over here”.